Previously I’ve mentioned the Pouques; our native fairy folk.  The stories often tell of good deeds being rewarded with kindness and favours.  One such tale is that of the broken kettle, as related by Edgar McCulloch.

Two men were at work in a field near L’Eree, when suddenly their plough stopped. As they looked about them they saw an iron kettle, such as was formerly used for baking bread and cake on the hearth.

On approaching it they noticed that it contained a bit which had been broken out of the side, and a couple of nails. On stooping to lift it, they heard a voice desiring them to get it mended, and when done to replace it on the same spot where they had found it. They complied with the request, went to the nearest smith, and on their return to the field with the kettle, which they replaced as directed, continued their work, the plough moving as readily as before.

They had completed several furrows when a second time the plough remained stationary. On this occasion they observed a bundle neatly tied up lying near them, and, on opening it, found it to contain a newly-baked cake, quite warm, and a bottle of cider. At the same time they were again addressed by their invisible friend, who bade them eat and drink without fear, thanked them for the readiness with which they had attended to his wishes, and assured them that a kind action never goes without its reward 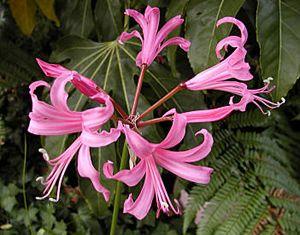 The Fae are an integral part of Guernsey folklore.  So much so that our short stature is said to be derived from the mixing of mortal and fairy blood.

There are said to be two types of fairy which exist on the island.  The native Pouques, who are an industrious, polite and generally helpful lot; and who invaded the island in times long past.  It is the latter who are responsible for the lack of any tall Guerns.

The story goes that a Prince from the fairy lands had come through the magical gate at l’eree known as the Creux es Faies.  There he met a beautiful local girl named Michelle and fell instantly in love with her.  Using his magic, the prince bewitched Michelle and took her back to his lands to make her his queen.  In her place he left a magical pink lily, the Nerine Sarniensis, which can still be seen in gardens today.

This is just the beginning of the story.  The Fae were so enchanted by their new queen that they decided they wanted more Guernsey women.  And so began the great fairy invasion.  The battle was long and brutal.  Legends tell that the final fight was in the area that is now known as Beau Sejour.  So bloody was the battle that the roads ran red with the blood of Guernseyman and fae alike.  This road is known today as Rouge Rue; The red road.  The local men were no match for the Princes army, and eventually there were on two or three survivors.  The fae had won and took the womenfolk as their prize.

The mixing of this fairy blood is what is responsible for the shortness of the modern Guern.  Anyone under 6 foot is said to be a descendent of the fae while anyone taller is descended from one of the survivors.  The mixing of blood was also a boon for local witches.  They no longer required their broomsticks to fly as they were now born with wings inherited from fairy ancestry.

The Pouques were a different breed of fairy and lived in a symbiotic relationship with the locals.  One would often help the other with kindness being repaid with kindness.  They can be temperamental creatures though with any sign of cheating or distrust meaning the end of any agreements or future assistance.  One such example can be seen in the tale of the Fairy Bakers.

It tells of two fairies, Le Grand Colin and Le Petit Colin, who used to bake at night using the furze oven of a local couple, Colette and Jacque. Colette had become aware of their existence but did nothing as every morning in way of recompense, there was a lovely white loaf, Guernsey gâche and sometimes even a bean jar on the table.

However, when she told her husband he was not so tolerant and tried to catch the fairies. Once the two Colins found out, they were very angry and marched out of the cottage, banging the door behind them and never again was there free food on the couple’s table. 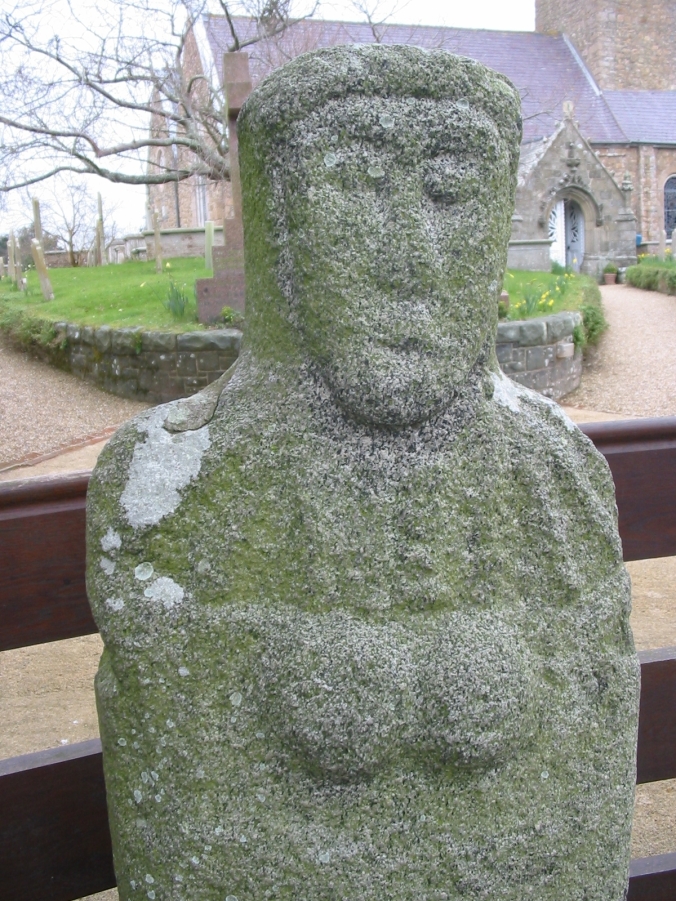 The Castel Menhir is a neolithic statue that can found just outside the grounds of the Castel parish church, very close to the central part of the island.  Believed to be a representation of the mother goddess, the Menhir is one of the finest examples to be found anywhere in the world.  Unlike many other Menhirs,  this one is surprisingly devoid of any sign of the “Christianisation” that is often found with these statues.  Carved crosses and the like are conspicuous by their absence.

The Mother was discovered buried in 1878 about a foot under the ground.  Curiously she had been buried facing east to west in a traditional Christian way.  It is thought that this was done as the church is built on what was a sacred pagan site.  This would have helped the early peoples with their transition in the new faith. Further proof of this can be seen by there being virtually no damage to the statue.  The damage breast is thought to have happened by accident when the statue was being excavated.

Today the Menhir still shown reverence.  It is traditional for newly married couples at the church to each place a coin upon the statue before they leave the church.  Doing so will bring blessings for a long and happy marriage.  This ancient tradition is one of many examples of how the old ways are still alive and well in the modern day and living alongside the new religions.